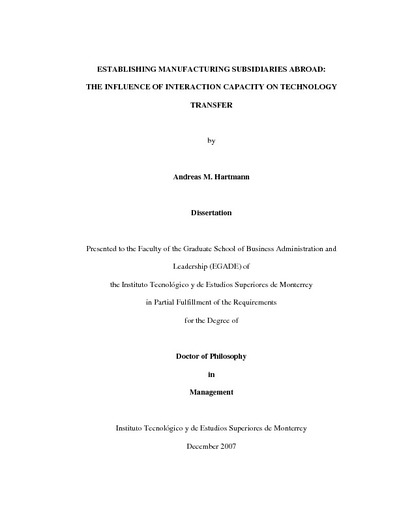 This study combines the knowledge-based and the capability views of the firm for building and testing a model of technology transfer between units of multinational corporations (MNCs). Within the model, the technology to be transferred is presented as organizational knowledge, which is partially tacit, distributed, and embedded in a social context. The transfer process can be carried out more or less efficient depending on a firms transfer capability, which is decomposed into the sending units emissive capacity, the dyads interactive communication capacity, the receiving units absorptive capacity, and the receiving units local adaptation capacity. The empirical study focuses on interaction capacity and seeks to identify those organizational practices that speed up or slow down the transfer process. The transfer event under study is the setup of manufacturing facilities by MNCs. The dependent variable was the time required for setting up a new manufacturing subsidiary. Different versions of the dependent variable were defined by the milestones of start of construction, arrival of machines, first v shipment, full capacity, and corporate-level productivity. The sample consisted of the manufacturing subsidiaries of foreign MNCs set up in the Northeast Mexican state of Nuevo Léon that started operations between 1998 and 2007. Data were gathered through a survey applied to the focal subsidiaries managers. A general finding of the study was that setup times differed by a ratio of up to 1:100. Subsidiary size was not found to be relevant, but complexity was. The mathematical model for analyzing the data was a moderated regression analysis, where four different indicators of the difficulty of the transfer task were used to make the transfer events comparable among each other: supplier diversity, documentation, teachability, and interunit similarity. Supplier diversity made the initial phase of the setup process especially difficult. Contrary to the literature on knowledge codification, documentation of technology was found to be helpful only when combined with face-to-face communication. Teachability proved to be the most reliable indicator of the difficulty of the transfer task. The fourth moderator, namely interunit similarity, showed that firms that replicated an existing organizational structure had an easier task for the initial phase of the setup. Six main hypotheses were tested in the study. H1 posited a positive effect of interunit communication on transfer efficiency. With frequency of incoming visits as independent variable, H1 was confirmed for all phases, while more expatriates were only helpful in the ramp-up phase. H2 concerned the difference between mediated and face-to-face communication. The data not only confirmed H2 but showed a reverse causality in the sense that phone communication increased when the setup was slow, but did not improve the process. H3 predicted a positive effect of interunit trust on transfer efficiency, which was found only for the less well defined tasks within the setup process and when trust had had time to evolve. H4 vi posited that a buyer-supplier relationship between the sending unit and the receiving unit would help with setup performance, but was not confirmed. To the contrary, new subsidiaries that depended on their MNCs as suppliers took longer for their setup processes. H5 concerned the MNC's host country experience, which was found to be significant for the less structured tasks within the setup process. Finally, H6 predicted that the general manager's setup experience would have a positive effect on transfer times. This effect was found for the ramp-up phase when the technology was easily teachable. Furthermore, host country nationals as general managers had an advantage for starting and ramping up when technology was not too complex; in all other cases, foreign experts achieved higher performances. The study discusses the implications of these findings for management theory and MNC practice and presents suggestions for further research. 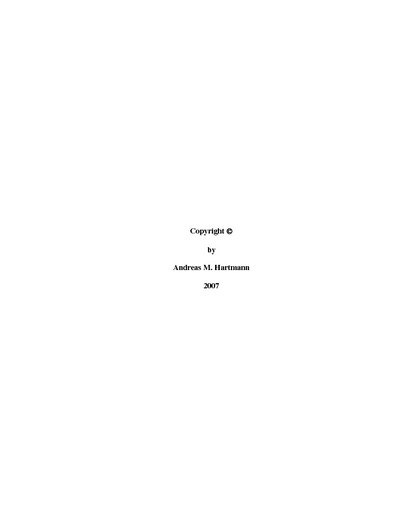 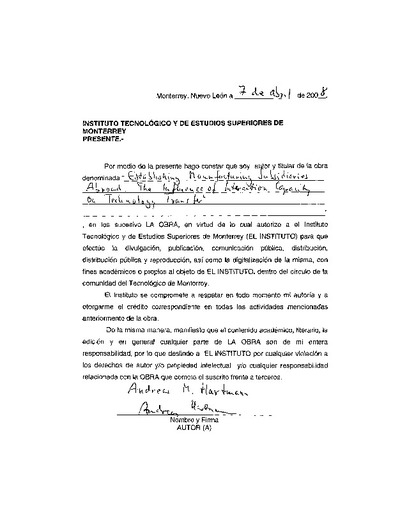